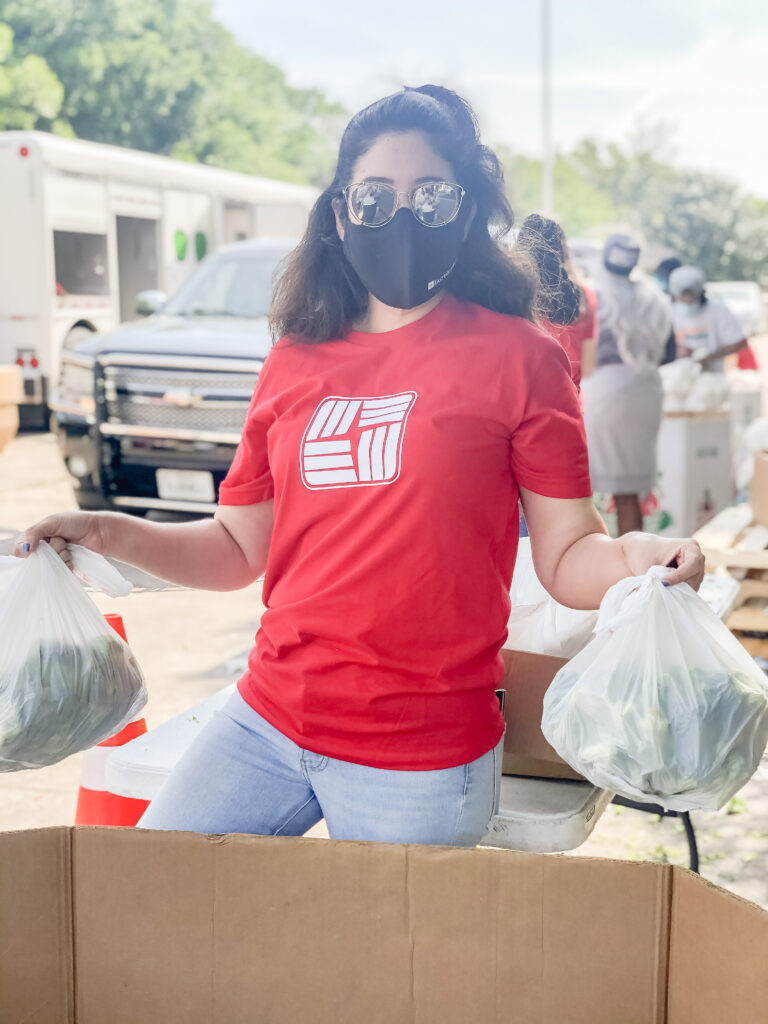 A volunteer from East West Bank waiting to load food into cars as they drive through.

For the last 15 months, Target Hunger has operated in “Disaster Mode,” we have shown up in the northeast neighborhoods of Houston to give food to the people who needed it. COVID-19 had a massive effect on the communities we serve, beyond the dangers of the virus itself. The pandemic brought the loss of jobs, the danger of losing homes, and school days that were far different from the norm. It posed a greater threat to those who are immunocompromised and to the senior citizen population, imposing an even greater restriction on “normal life.” Some who had not previously struggled faced new challenges and others who’s day-to-day was already difficult struggled even more.

Though faced with family difficulties and loss of our own, Target Hunger’s staff has arrived at each distribution early in the morning ready to serve those in need. We set up a safe, drive-thru system that would allow staff and volunteers to load food into car trunks . Often as early as 5 am, the cars of families who needed food would begin lining up. When the distributions started at 9 am, there would be a line of cars wrapped around the block, waiting to get nutritious food for their families. At the beginning of these distributions, the line never seemed to stop, even as the distribution ended. As we neared the end of these distributions, we are happy to say the need seemed to become less, and the lines a bit shorter. A large part of this was due to efforts to get many of these families onto home delivery—eliminating wait times and the need for transportation. 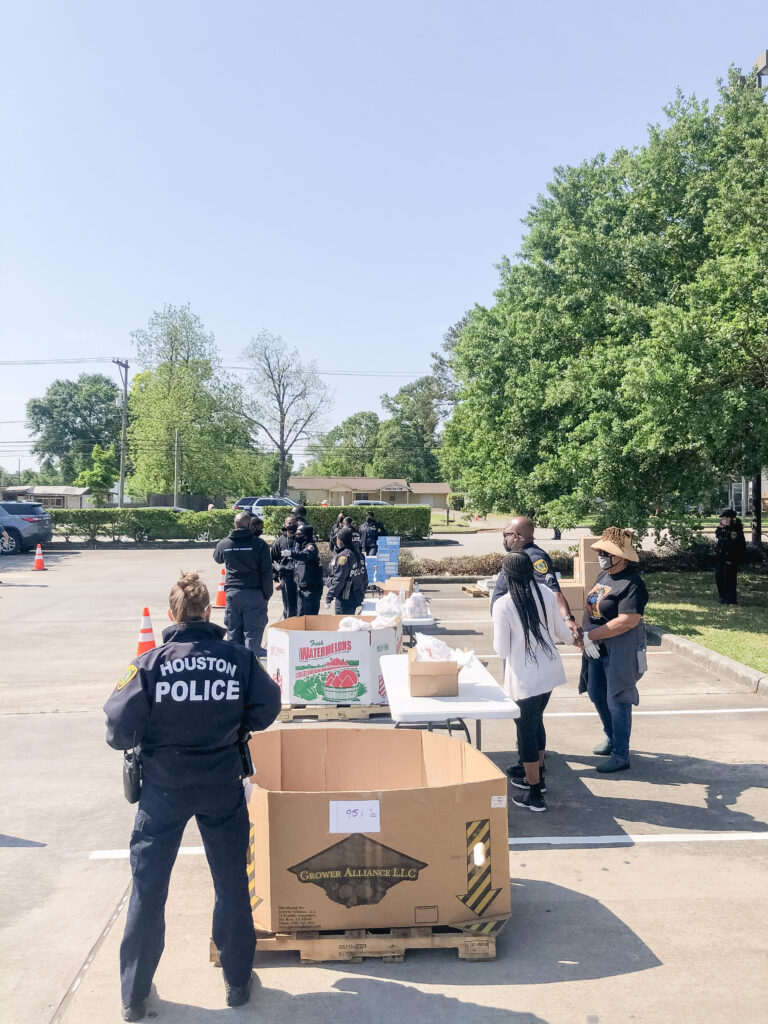 Opening the Door for Hope

Friday, June 25th was our very last COVID-19 Drive-Thru Disaster Distribution. In total, we have hosted over 150 drive-thru distributions since the start of the pandemic. During the largest distribution, 1,220 individuals were provided much needed food assistance. As these distributions come to an end and we move back to more normal operations, we wanted to tell you about a client who attended these distributions. She asked to remain anonymous, but we’ll call her Jane in this story. Jane wanted to be sure supporters who make the work possible understood how her family was helped.

The second oldest in a family of seven, Jane was driving her family van through our drive-thru distribution.  This year has been incredibly difficult for her family, fortunately everyone close to her has remained healthy. Prior to the pandemic, Jane had been working a part-time job while attending college. As the second oldest, she had been working to support herself in school and the rest of her family. Jane said, “I lost my job because of the pandemic and still want to be able to pay for my tuition.”

With the loss of her job, finances were tight; because of Target Hunger, food became less of a concern. Jane said, “As we’ve struggled to make ends meet, this has been a huge help for our family. These distributions have helped my family a lot because we haven’t had to worry about where our food is coming from. There are seven of us, and all the kids want to go to college…my sister just graduated with her degree and I hope to do the same.”

Through the difficulty of the pandemic, Target Hunger has relieved some of the stress that came with it and has opened the door for a ray of hope. Jane’s story is just one of many that bring optimism after a challenging year and a half.

Where Do We Go From Here? 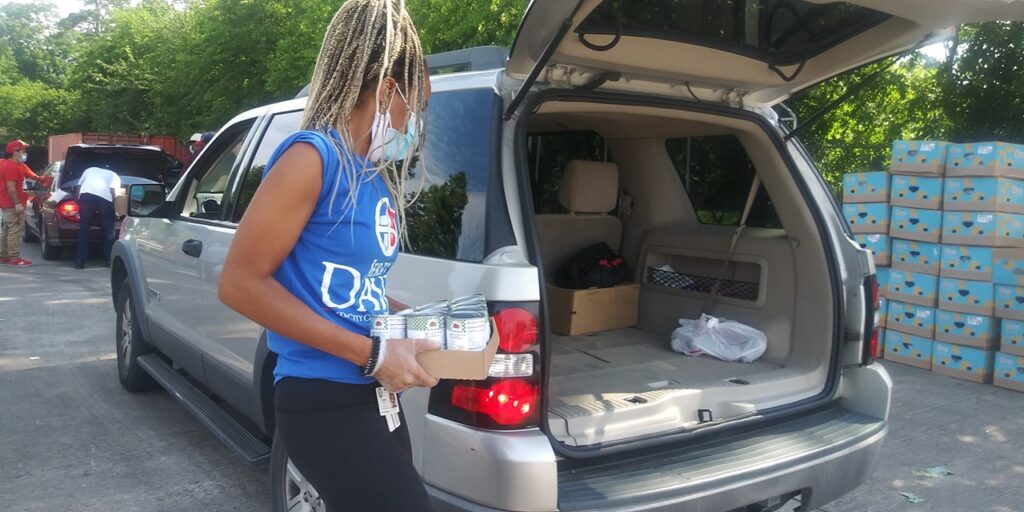 We are grateful for the support of partners, volunteers, and donors who make this work possible. Your support during this difficult time has provided not only food, but comfort and hope to so many. As another client, Hermann, put it “It’s people helping people.” The work is far from over. While many of us have been able to pick up where we left off, many are still struggling to return to normal or find a new normal. We hope that you will continue to support those in the community who need it most.